The iconic Honda Gold Wing established the “touring” segment over forty years ago. Yet without a major model upgrade in almost two decades, it had lost its luster and was considered a motorcycle for old people – a rolling “couch on wheels.” On top of this, the touring segment was in decline as a whole with the core audience maturing out of the market. The good news was that Honda finally had the chance to attract a new, younger set of riders – with the completely reinvented Gold Wing that was more innovative and relevant. With this new high-performance, high-tech motorcycle, Honda had the opportunity to recharge long distance motorcycle riding and dramatically increase sales of their most profitable motorcycle.

To break existing perceptions, the campaign needed to highlight the new features, repositioning the Gold Wing in a thoroughly modern, performance-oriented light. The campaign “What Lies Beyond” was a multi-phased launch featuring an episodic video series and website working in tandem and offering new content along the way. The design was simple and linear, providing a rich experience that kept users engaged and coming back for more.

The purely digital campaign began before the new Gold Wing was announced to the public with a “tease phase” – highlighting what’s to come and Honda’s unique role in riding culture. The goal for this initial phase was to pique the curiosity of the core rider, collect their emails and keep them engaged throughout the campaign. Next came a video designed to ignite their passion with a music video that captured the dynamic life on a new Gold Wing. Each new episode in the phased roll-out was supported with email opt-ins, collecting new registrants along the way.

To support this video content series, we developed a custom website that also unfolded in a multi-phased approach with new content being unlocked at each stage including a partnership with Rever to create eight curated rides and interactive timelines. The product announcement featured an energetic video revealing everything about the Gold Wing that a new younger rider would want. Next, the website came alive with a deep product experience rewarding those who took the journey with us and those who were jumping in to learn about the new bike. The final pieces of the content series were two videos created to break preconceived notions of the Gold Wing and promote the human connections that happen when you get out and discover what lies beyond. Each video in the series built upon the last to create a story that unfolded and revealed different compelling aspects of the bike. 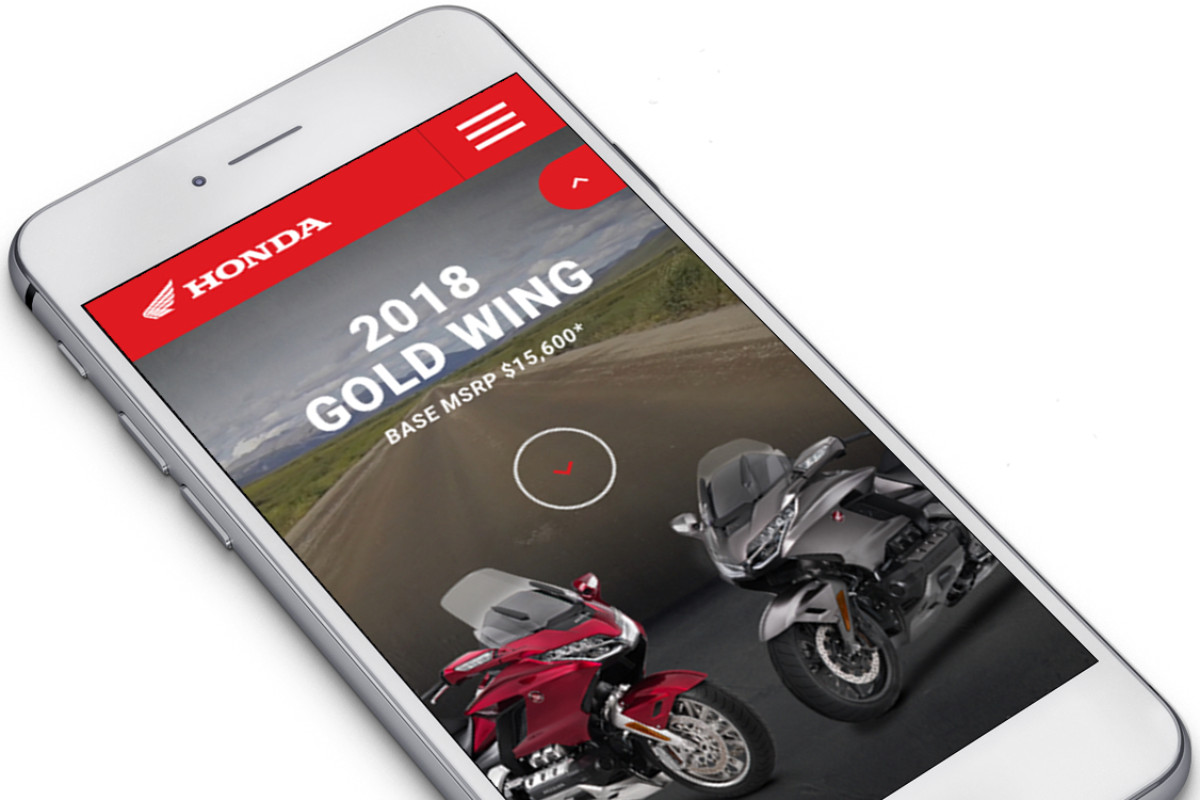 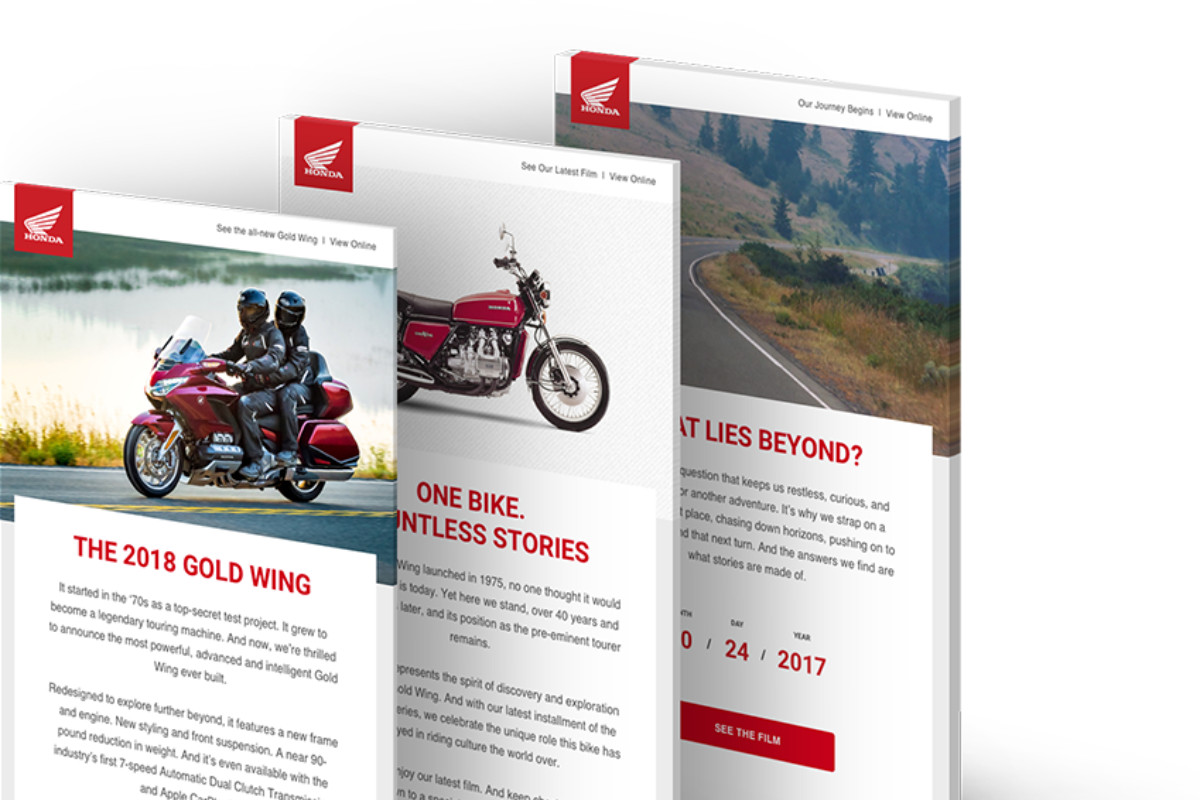 After launch, the video-series achieved nearly 1.5MM views. Website traffic reached 500K in 2 months. A rich-interactive experience kept unique users engaged for 6.3 minutes on average. Email responses generated over a 10-fold increase in responses. And most impressively sales are up 75% YOY – it was clear that that Gold Wind had re-established its leadership role in the category. 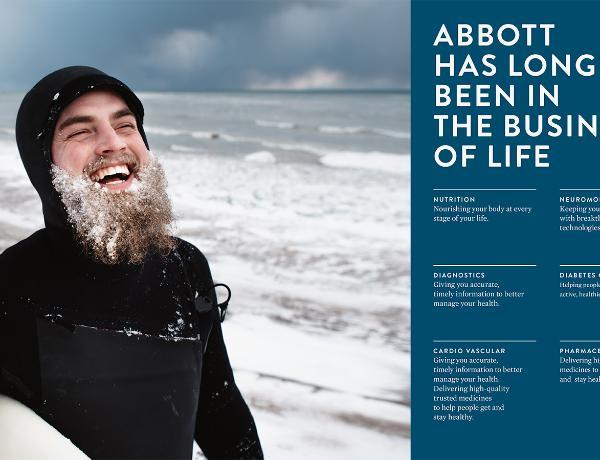 A formula for change—Abbott is a story of ambition.
Brand Development 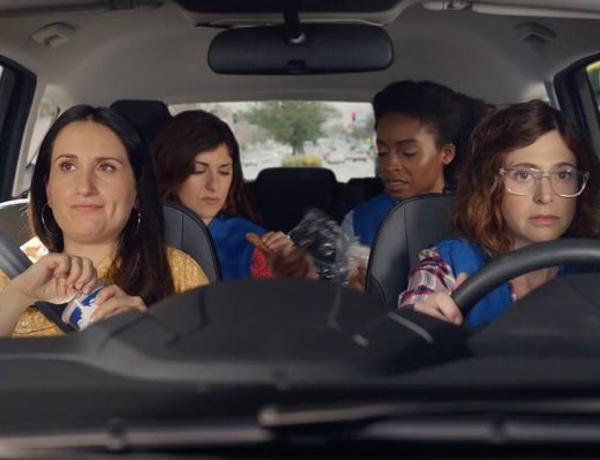 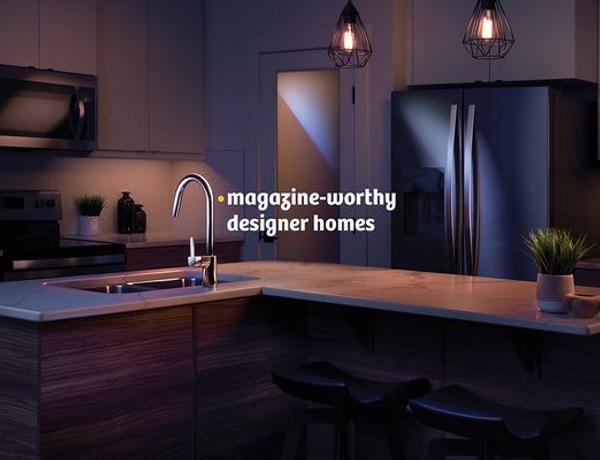 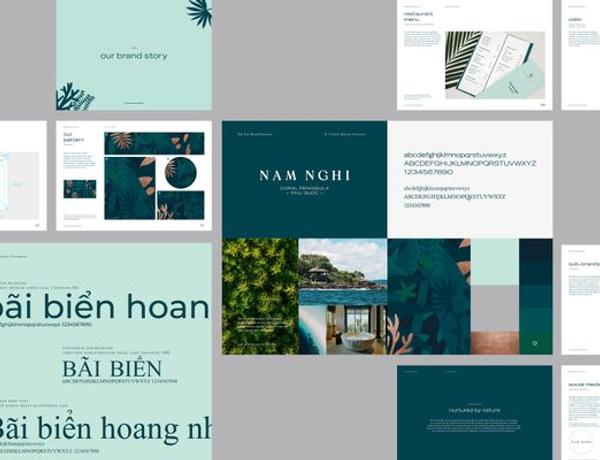